Conference for Global Cooperation to Achieve Peace and Cessation of War

On September 17th, HWPL, an international peace NGO registered in UN ECOSOC and UN DPI, opened the first day of “2018 HWPL Peace Summit” in Incheon, South Korea, in attendance with about 600 social representatives from various sectors in the world.

At the plenary session for the 3-days peace summit, “2018 Conference for the Implementation of the Declaration of Peace and Cessation of War (DPCW)”, HWPL presented the yearly report of its peace initiatives including the enactment of the international law for peace, peaceful approach to unification of the two Koreas, and development of peace culture through peace education. 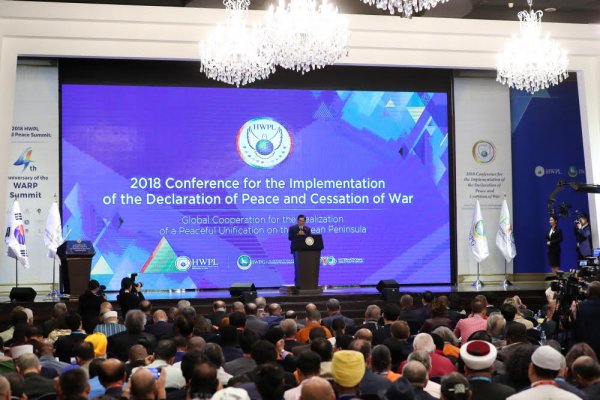 Based on his experiences of fluctuating international relations in Eastern Europe, H.E. Stjepan Mesić, Former President of Croatia, voiced the support for the DPCW and the reunification of Korean Peninsula by saying “The role of HWPL is important more than ever. The political will for normalization exists on both sides of the two Koreas. It is the time to start the process for Korean reunification and establishing peace. Now HWPL can find new substance and open new processes. I would highly recommend that UN General Assembly puts forth the motion to include HWPL’ message for peace on its agenda at least once per year.” 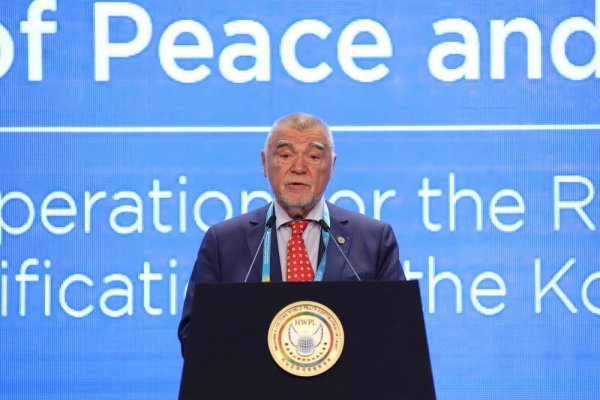 The DPCW which was drafted by international law experts as a measure to fundamentally prevent armed conflicts and establish sustainable peace based on the value of the international law has been introduced to the global leaders and civil societies as expanded the support for the UN adoption.

At this session, the national solidarity statement, a statement of agreement in relation to the support of the DPCW at the national level, was also introduced as well as the cases of recent agreement from eSwatini, Seychelles, Comoros, and Pan-African Parliament (PAP).

H.E Mohamed El-Amine Souef, Minister of Foreign Affairs and International Cooperation in Comoros stated, “Comoros has established the world peace policies to reach peace by 2030 for the future generations. To reach this goal, Comoros proclaims the National Statement for the Promotion of the DPCW. We need to create more cases and examples as the integral elements of building peace by taking joint steps in its roadmap. Recognizing DPCW and expressing the support in the form of national statement are the tasks a member state can take in promoting co-existence and resolution of armed conflicts as well as the support of the collaborative partnership in promoting mutual understanding among member states.”

In the closing address, Chairman Man Hee Lee of HWPL said “I think that all we plan for achieving peace will be completed in collaboration with you having all the knowledge, wisdom, and ability. Everyone wants the end of war and call for the DPCW. Now it seems that the world is welcoming the era of peace.”

The session concluded with the announcement of the “Resolution in Support of the 2018 HWPL World Peace Summit” that addresses the cooperation for building a peaceful world transcending the barriers of nation, ethnic, religion, and culture.

Ahead of the plenary session, 2 sectorial sessions titled “Global Conference for the UN Adoption of the DPCW” and “Peace Education Development Forum for Global Advancement” were held to devise a practical method to increase the possibility of establishing peace both at national and international levels.

At the Global Conference for the UN Adoption of the DPCW, the role of various actors including politicians, civil societies, women, youth, and media was emphasized to develop the DPCW into a legally binding form.

H.E. Samuel Sam Sumana, Former Vice President of the Republic of Sierra Leone, especially called for the responsibility of the global leaders to expand support for the DPCW at the national level. “A bottom-up approach has to be employed to get states and their citizens buy into, own and lead the process. A set of people committed to global peace and security have to be mobilized to constructively engage members states in ensuring that this declaration is adopted by the United Nations. However, the essence of this declaration should not be limited to its adoption by the UN but rather to help transform mindsets and change the conversations and narratives around global peace and security.”

As a part of seeking ways to resolve conflicts in non-political fields such as education, a peace-related curriculum has been suggested by HWPL. Practice cases of the peace school running HWPL’s peace education were introduced and Memorandum of Agreement (MOA) for the peace school was signed at the Peace Education Development Forum for Global Advancement.

Hon. Wijeyadasa Rajapakshe, Minister, Ministry of Higher Education (MOHEC) spoke on creating an environment for arranging publicness and justification of peace education. “I believe the duty as an educator is instructing students to be grown as leaders who respect lives and observe the rules of society and making all people live harmoniously in the world. We, with HWPL, are not just trying to change one nation or individual but to foster the population of 7.6 billion people as citizens of peace.”

HWPL added that the summit will continue for another 2days to bring all the voices of various segments of society including women, youth, religion, and media advocating the collective efforts for peace-building together. 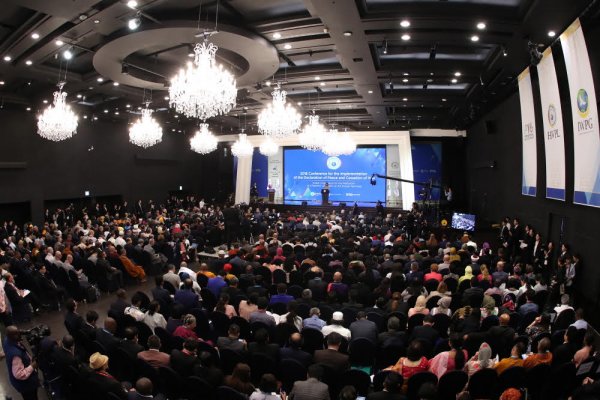