For long, African leaders and people have searched for various instruments that promote democracy and peace to achieve Conflict-free Africa. This August, these enduring efforts have made a breakthrough with the inter-regional collaboration and peace-building initiatives led by an UN-affiliated NGO working for world peace.

Consent to Legislation of Law for Peace for Achieving Peace in Our Lifetime On August 10th and 13th, “African Leaders of Peace Summit 2018” with the slogan of “Achieving Peace in Our Lifetime” was held respectively in Johannesburg and Cape Town, South Africa. The organizers of this event, African Leaders of Peace Summit Organising Committee and Heavenly Culture, World Peace, Restoration of Light (HWPL), explained the purpose of the summit as to call for African leaders’ concrete roles in sustainable peace and security in Africa and to present a plan for the implementation of the “African Union’s Agenda 2063”. 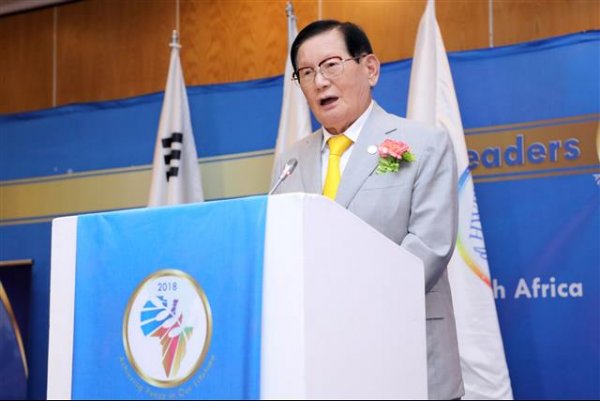 The attendees including dignitaries, religious leaders, educators, civil society, youth, and media across Africa brought out the principles of the Declaration of Peace and Cessation of War (DPCW) as a solution to conflicts between religions and ethnicities as well as a part of solving the social issues such as discrimination and corruption.

H.E. Veronica Nataniel Macamo, Mozambique President of National Assembly, spoke in favor of the implementation of the declaration, "I believe that peace can be achieved through the DPCW and hope that all nations will be able to attain peace not only for our future generations but in our current generation as well.”

In the summit held in Johannesburg on August 10th, two countries, Seychelles, and eSwatini proclaimed their official support for the DPCW that embraces holistic principles of the international law such as peaceful conflict resolution, friendly relations between states, freedom of religion, and a culture of peace by signing the national solidarity statement.

The City Councilor of Cape Town, Mzwakhe Nqavashe, who participated in the summit of Cape Town, stated the progress of peace-building project that has been motivated by the DPCW saying “Through activities like environmental clean-up and peace walk in relation with the article 10 of the DPCW, ‘Spreading a Culture of Peace’, dangerous regions threatened by crime were converted to peace parks, and the peace campaign has led to a steep drop in crime rates."

Following the African Leaders of Peace Summit in South Africa, in Ethiopia on 15th of August, the “2018 Addis Ababa Summit” was held in order to reaffirm the collaborative efforts among the regions in Africa to establish a legal foundation for the sustainable peace. The discussion was backed by the support for the DPCW which aims to cesses any armed conflicts and educate the spirit of peace through peace education and culture.

Participated political leaders from Africa and the Middle East signed for supporting the enactment of the DPCW at both national and international level. In his address, RT. Hon. Rebecca A. Kadaga, Speaker of the Parliament of Uganda, stressed that the political leaders should listen to the desire of their people to the world of peace and the voice of urging for the DPCW which has the principles of world peace and harmony.

HWPL, which has made harmonious collaboration with the governmental organizations of Africa, is an NGO registered under the UN Economic and Social Council (UN ECOSOC) that spearheads a campaign in 170 countries to implement an international law for peace. In Africa, HWPL has carried out various peace activities such as peace walks and cultural campaigns to increase public awareness of peace in tandem with civil society organizations.

During his 29th peace tour in Africa, the Chairman Man Hee Lee of HWPL appealed to all the participants in the event, “I have come to Africa to speak about the work of peace. Countless people have worked for peace on this planet but how much peace do we have today? If there is an answer to peace, then any family of the global village born in this era should become a messenger of peace, There will be no greater thing we could leave as a legacy to our future generations than to end the war on this planet and create peace.” 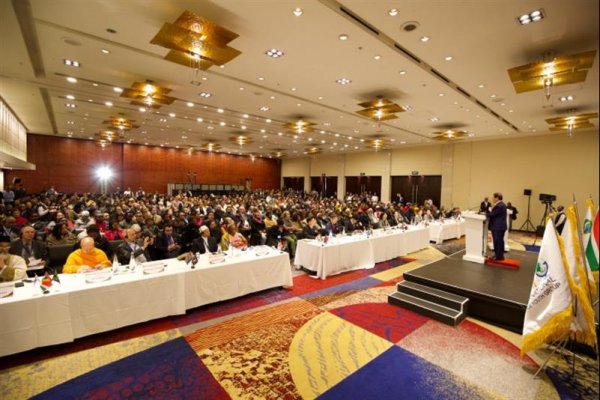